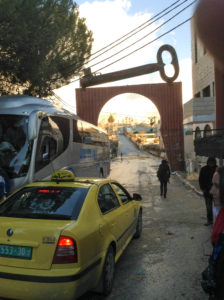 November 2, 2009. A devastating day for the Palestinians.

The U.S. Secretary of State has congratulated Israeli Prime Minister Benjamin Netanyahu, terming his latest concession on settlements “unprecedented.” As Egypt and Jordan lodge “official” protest of Secretary Clinton’s position, the Arab world shrugs its shoulders. It’s the same old thing. On how many other occasions has Israel vowed to discontinue West Bank construction, garnering America’s instant approval? Meanwhile, the pervasive and relentless bull-dozers continue to wreak havoc on the Palestinian people, and on their ancient land and livelihood.

While the U.S. State Department defends Netanyahu’s compromise as “more than reasonable” Palestinian President Abbas reminds the western world that international law has long forbidden any kind of civilian settlement on annexed land. Meanwhile, the western heads-of-state throw the word “intransigent” at the Palestinian President. Hamas hunkers down for increased resistance. Abbas and Fatah dig their heels in, insisting that the peace process will continue only after a freeze on settlements has been established. Now it is the State of Israel that shrugs its shoulders. “What can we do with a population so bent on violence?” they say.

As the hostility and bloodshed spirals out of control, America insists on labeling Palestinian resistance as “terrorist,” while categorizing Israel’s excessiveness as “a right to defend itself.”
The Palestine Israel Justice Project has employed the Quadrilateral in determining where we stand and what actions we are going to take. We believe that Albert Outler’s method, (vis a vis scripture, tradition, reason, and experience), is remarkably useful, and we pray that you will discover the same as you study and undertake the tools of this program.

Which brings us to this:
Is there a voice of reason anywhere? Does tradition have a viable say in the matter? Does personal experience count for anything? Finally, how do we employ scripture in our quest for just-peace in the land that we call Holy?

It is to such important questions as these that United Methodists are called, and under which the 2009 Minnesota Annual Conference gave its authority to the writing and distribution of this curriculum.

Are you able to draw the distinction between the people of Israel and, on the other hand, their state? Can you articulate the difference between Judaism and Zionism, or where the basis for Christian Zionism is found in the Bible? (Or whether it can actually be found?)

Can you name one or two international laws or treaties that address the Palestine Israel conflict? Would you be surprised to learn that there are dozens upon dozens?

Godspeed on your journey.
John Darlington